ssh tunneling in your application 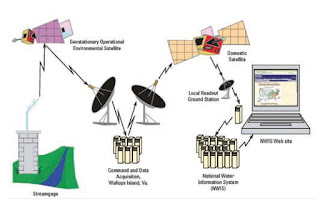 SSH tunneling in your application

This article is dedicated to the task of securing MySQL client-server connection using functionality provided by the Secure Shell (SSH) protocol. To be exact, the SSH tunneling concept is utilized. We will review the steps needed to build secure MySQL client applications and implement a sample one ourselves.

MySQL traffic is not the only kind of data that can be tunneled by the Secure Shell. SSH can be used to secure any application-layer TCP-based protocol, such as HTTP, smtp and POP3. If your application needs to secure such a protocol by tunneling it through a protected SSH connection, this article will be useful to you.

Let's imagine that we are developing an enterprise application that needs to send requests to a number of SQL servers all over the world and get responses from them (let's imagine that it's a super-powerful bank system that stores information about millions of accounts).

All the data between the application and SQL servers are transferred via the Internet "as is". As most protocols used by SQL servers do not provide data integrity and confidentiality (and those that do, do it in a quite nontransparent way), all the transferred requests and responses may (and be sure, they will!) become visible to a passive adversary. An active adversary can cause much more serious problems - he can alter the data and no one will detect it!

SSH (Secure Shell) is a protocol that may help in solving this problem. One of its outstanding features is its ability to tunnel different types of connections through a single, confident and integrity-protected connection.
Now you do not have to worry about securing the data transferred over the Internet - SSH will handle this for you. In particular, SSH will take care of the following security aspects:
Strong data encryption according to the latest industry-standard algorithms (AES, Twofish)
Authentication of both client and server computers
Data integrity protection
Stability with regard to different kinds of network attacks
Compression of the data being tunneled
Complete independence of the operating system and network specifics

Tunneling (or forwarding) works in the following way:

A single SSH connection can tunnel as many application layer connections as needed. This means that you can defend your server by moving all the listening ports (e.g., database and application server ports) to a local network, leaving only the SSH port open. It is much easier to take care of a single port, rather than a dozen different listening ports.

Let's develop a small application that illustrates the use of SSH forwarding capabilities. We will consider an important task of securing a connection between a MySQL client application and a MySQL server. Imagine that we need to get information from the database server, which is located a thousand miles away from us, in a secure way.

SecureMySQLClient is the application we are planning to implement. It includes the following modules:

The process of performing secure data exchange between SecureMySQLClient and the Database server goes as follows:

Looks too complex? Implementing this is easier than you think.So, let's go and do it.

We will need the following products installed on the computer before creating the application:

Let's now open Microsoft Visual Studio .NET (we will use the 2005 version) and try to build such an application from scratch.

SSHForwarding notifies us about certain situations via its events, so we need to create handlers for some of them:

Implementing two core methods, SetupSSHConnection() and RunQuery(). The first one initializes the SSHForwarding object and establishes an SSH session to the remote server by calling its Open() method, and the second one sends the query to the MySQL server.

The code of the SetupSSHConnection() method is pretty simple:

// Specifying network interface and port number to be opened locally

// Specifying destination host where the server should forward the data to.

// Please note, that the destination should be specified according to

// specifying real MySQL server location if forwarding is not used

// closing both MySQL and SSH connections

And, that's all!
But there is one more thing I need to draw your attention to. As both SSH and MySQL protocols run in separate threads and access GUI controls from those threads, we need to handle the GUI access in a special way to prevent a cross-thread problems. I will illustrate this with the example of the Log() method:


SSH server location, username and password used to authenticate to it.
Database server address, port, username, password, database name and query. Remember that database server address should be specified as it is visible from the SSH server.
Turning on the "Use tunneling" checkbox.
Now click the Start button and wait for the query results. If all the parameters have been specified correctly, we should get something like this:


SecureBlackbox is available in .NET, VCL and ActiveX editions. This means that you can use the components in projects implemented in C#, VB.NET, Object Pascal (Delphi and Kylix), FreePascal, VB6 and C++ languages.