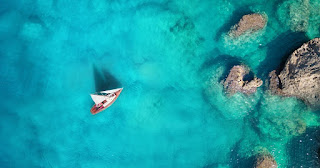 Read how the globalization is changing the face of world tourism, and how new markets are emerging up and some older ones fading away in the new world order. This article speaks about the new challenges being faced by the Greek island of Crete.

Many changes took place across the face of earth, since the globalization began to propel the world by the late 1980s. The emerging new world order had many fast growing economies and several new regional powers to be content with. New players in the world tourism were on rise too. While Greece had always been a preferred choice for holiday making, suddenly new players began to fill up this spot as well. Egypt and Turkey in particular had their tourism infrastructure upgraded and were now drawing away a substantial amount of the Greek bound tourism inflow. A majority of these drop outs hailed from the UK and Germany, two of Greece's most influential neighbors. The two aforementioned countries were dragging them away by offering leisure and fun at slashed rates. A less occupancy rate in the rooms across Crete hotels told about this unfolding saga.

However, the same trend also saw new markets emerging from the erstwhile communist states like Russia, Lithuania and Slovenia. The fall of Soviet era and the emergence of a new middle class after the initial lull had seen them sending travelers across the world. The Cypriots were also not behind and were more than willing to travel to Greece during the same period. It should be noted down that the contribution of the Cretan tourism to the nation's GDP is substantial, and it employs tens of thousands of Greeks throughout the year. Crete hotels, touring agencies, banking, maritime, airline operations and the ground support for all touring parties make up these jobs.

Figures for the period between 2002 and 2007 showed a 20% hike in the number of arrivals from Russia, an earlier non-entity in the annals of Greek tourism. The same stood at 64% for the Cypriots and 55% for the Slovenians, once again a pleasant surprise, keeping in mind their meager past contributions. However, the largest shot came from the Lithuanians, with an increase of 74%. According to the data available from the Crete hotels, the number of the UK and German arrivals, two of the largest Greek bound travelers, have slid down during the same period, but the East Europeans have balanced this slide - to some extent if not fully - by upping their interest for Greece.

It is widely known by now, that tour operators play a key role in diverting the flow of worldwide tourism. So for example, if they saw more profits, they might get some of the Greek bound flights canceled; sell cheaper holiday packages to Egypt and Turkey to see packed up flights and hotels there. Even the Middle Eastern hotels would play a key role in charting out these events, since their tour packages, though comparable to those found in Greece, would be maneuvered to favor them. a german tourist may have to pay up to 500 Euros in Crete hotels, compared to 300-400 Euros for an all-inclusive week long stay in the four star Egyptian hotels.

The role of foreign tour operators is now being debated in Greece at length and some measures may be taken to reduce their future impact. In the meanwhile though, the Cretan tourism and the Crete hotels in particular can continue basking in the background of the help extended by their East European friends.