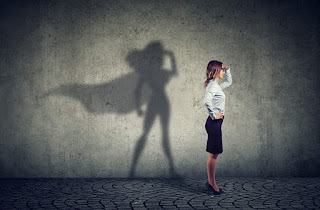 Courage is being scared to death - but saddling up anyway. John Wayne

Courage is being scared to death - but saddling up anyway. John Wayne

"Courage is the clich hallmark attributed to the hero. I say clich because people talk about courage as if it is some mysterious force only a hero is born with. Courage is a vague and fleeting concept for many people because they lack it themselves. People lack courage because they lack knowledge. They have no idea where the true source of courage comes from. Even worse, they dont know it and continue to live in fear. As Socrates pointed out, 'People not only dont know, but they dont know that they dont know.'

This is why so many people on earth live in fear. Fear of death. Fear of life. Fear of living their nightmares. And fear of living their dreams. Most people are followers because they lack self-confidence and live in constant fear. Anyone who is brave and can show them how to overcome fear, they follow and respect. But...anyone that reminds people of their own fear, they attack and abuse viciously! This is human nature in its lowest, animal form.

What is fear? Fear is the perception or misperception of the unknown. Perception of how we negatively view reality, but not reality itself. I once heard somewhere, a useful acronym for FEAR: False Evidence that Appears Real. The false evidence being our own manufactured worries, doubts, and negative images often of events that havent even taken place yet. William Shakespeare understood this principal well when he said, 'Our doubts are traitors, and make us lose the good we oft might win, by fearing to attempt.'

The cause of fear is lack of knowledge. Therefore, knowledge is the antidote to fear according to the great American hero philosopher, Ralph Waldo Emerson. That is why heroes are brave souls. They immerse themselves with knowledge, plus knowledge, plus knowledge. Heroes know that they dont know, but are willing to learn. They are humble and learn from everyone regardless of rank or status. Leaders know their potential. Followers ignore their potential. Courage and self-confidence comes from knowledge and self-knowledge...

This being said, no human hero is entirely fearless. Great heroes are not born fearless and brave. Nelson Mandela had this to say about courage: 'I learned that courage was not the absence of fear, but the triumph over it...I felt fear myself more times than I can remember, but I hid it behind a mask of boldness. The brave man is not he who does not feel afraid, but he who conquers that fear.'" [Excerpted from, "Psychology of the Hero Soul," by Sharif Khan, Chapter 16.]

Psychology of the Hero Soul is an inspirational book on awakening the Hero within and rekindling people's passion for greatness. It is based on author, Sharif Khan's ten years research to the field of human development and was recently mentioned in USA Today. The Hero Soul is availble to order in most major bookstores including Borders, Barnes and Noble, Chapters, Indigo, and Coles bookstores. To order online visit: